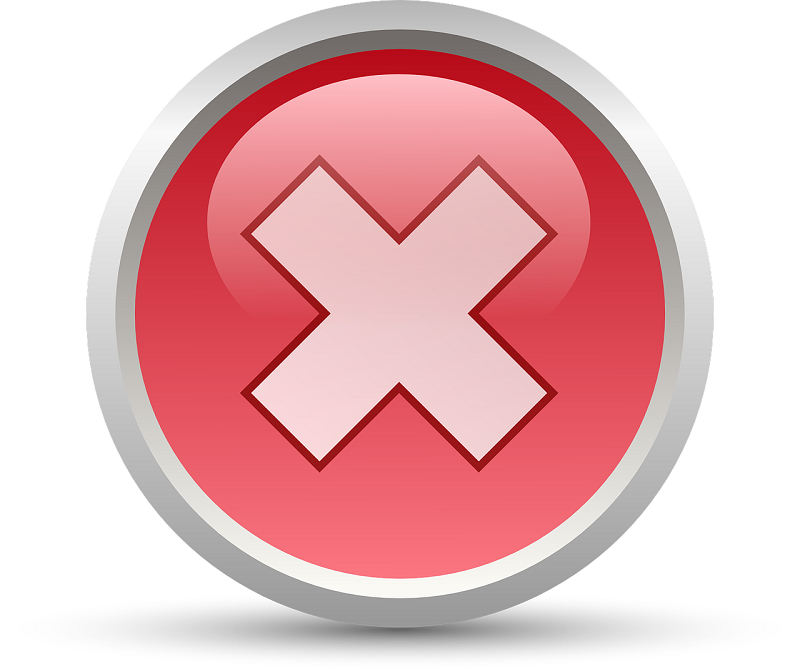 The Media Council’s nine-year term is about to expire and, theoretically, the new members of the body should have been elected by now. That has not happened, however. Effectively, Fidesz has sabotaged the process. Those in the governing party view compliance with the democratic ground rules as irrelevant. Their only goal in this context is to ensure that the Media Council does not include any members delegated by the opposition parties.

One of the recurring criticisms levelled against Fidesz’s media policies over the past decade concerned the single-party Media Council, which has operated without any members delegated by the opposition. The five-member Media Council was elected in October 2010 for a period of nine years. The mandate of the present members is set to expire soon, and in accordance with the Media Act an ad hoc committee was convened to nominate the members of the new Council. The opposition parties have put forward the names of their candidates. However, when the parliamentary committee in charge of electing the new Media Council met, Fidesz announced that it would not nominate any candidates. This move has effectively stopped the National Assembly from electing new members to the Media Council.

Why aren’t there any new Media Council members?

According to the Media Act of 2010, parliament votes on the delegates who were nominated by the ad hoc committee. In the first round of voting, the ad hoc committee needs to nominate the candidates for Council membership unanimously. In the event that the government and opposition members of the committee fail to unanimously agree on the nominees, the law provides that nominations in the second round only require a two-thirds majority. Since the partisan make-up of the ad hoc committee is proportionally the same as the share of the respective parties in the National Assembly, with their two-thirds majority the governing parties can effectively nominate a slate of candidates that is exclusively made up of their own nominees without including any opposition-delegated candidates. That was precisely the goal of the Media Council vote back in 2010, and this is how a Media Council exclusively made up of members who had been nominated by the governing parties came into being. Yet Fidesz did not follow the same path this time around, it did not ram its own slate of candidates through the committee. Instead, by failing to nominate its own candidates and refusing to vote, the Fidesz MPs involved in the committee forestalled the possibility of either a unanimous or a two-thirds decision.

What was the point? The Media Act unequivocally rules out the possibility of reelecting the current members of the Media Council. This proviso was added as a concession to the Council of Europe. At the same time, the provisional paragraphs (!) in the law include a clause that “the date of termination of the mandate of the President and members of the Media Council shall be the commencement date of the mandate of the recently elected President and members”. Thus, despite the fact that the term of the current members has expired, the new members can stay in office practically for life. Fidesz has found a way to reward loyal NER soldiers.

However, it seems that the opposition parties, too, have failed to pay attention to the procedural rules governing the nomination of new Media Council members. The Media Act provides namely that in the event that the ad hoc committee fails to nominate four new delegates – as is the case right now – the mandate of the existing committee members ends. According to the law, the nominating committee needs to keep on reconvening until it manages to nominate new members to the Media Council.

This could be a spectacular tool in the hands of the opposition: It could use it to repeatedly show for months on end how Fidesz keeps on violating the law deliberately in order to forestall the creation of a media authority that is not made up exclusively of government party delegates. Fidesz does not tend to get embarrassed about behaving in unacceptable ways, but at a time when the Article 7 procedure is pending in the EU it would be subject to substantial international pressure to relent. In other words, the opposition parties would be well-advised to keep this on the agenda during the next few months.

What has the Media Council been doing since 2010?

Beyond the procedural law issues, it is also worthwhile to discuss what role the Media Council plays in the Hungarian media system today and why it would be important for the body to have a member who does not represent Fidesz’s interest. Little has been said over the past nine years about this institution, it has practically operated as a black box of sorts. No one knew what was going on in the Media Council. Although the outcomes of the decisions were accessible to the public, the reasons underlying  them were not a matter of public record, nor were the general media policy principles undergirding these decisions publicly revealed, despite the fact that the Media Act provides that it is the Media Council’s responsibility to “oversee and guarantee the freedom of press under this Act and the Press Freedom Act” and to “elaborate official positions and proposals with respect to the theoretical aspects of developing the Hungarian system of media services” (Article 132 (a) and (g) of Act CLXXXV of 2010). Thus there were would have ample reason for the Media Council to make its voice heard, but instead its members did not speak out in public at all. One might say they looked on silently as media freedom was being liquidated, but in reality the situation was far worse still because they were actually involved in this process as active participants.

It is in the Media Council’s remit to issue a position statement that either authorises or bars media market mergers. The Media Council exhibited no qualms whatsoever about authorising all acquisitions and mergers involving pro-government players, thus allowing an unprecedented level of media ownership concentration to emerge. Interestingly, however, there were two cases when the Media Council felt compelled to intervene and bar mergers which it felt would violate the diversity of media offerings in the market. First, it stopped the mergers of two major foreign newspaper publishers, Axel Springer and Ringier, in 2011. More specifically, it obliged the parties to sell off a substantial portion of their portfolios in order for the authority to approve their merger. This is how half the regional newspaper market and the largest opposition political daily, Népszabadság, ended up in the hands of investors with close ties to Fidesz. Today, we know full well where all this ultimately led, with Népszabadság being shut down and the regional newspapers turned into Fidesz propaganda outlets. A few years later, in 2017, the Media Council felt once again that it had to intervene in market processes: at that point it stopped the merger of the Magyar RTL Televízió Inc. and the Central Digital Média Ltd., with the very transparent objective of preventing RTL from boosting its digital portfolio.

Another memorable decision of the Media Council was when it greenlit the incessant stream of government propaganda in response to a petition filed by Mérték Media Monitor. In a decision with massive ramifications, the Council declared that spots which were clearly instances of political advertising actually qualified as public service advertisements. While radios and television channels may only broadcast political advertising in the campaign period before elections, such restrictions do not apply to public service advertisements. In other words, the abovementioned decision has provided the legal underpinning for the unrelenting broadcasting of government propaganda since 2015. This has not only distorted the democratic public discourse but has also allowed the government to funnel billions in publicly funded advertising revenue from these massive campaigns to pro-government media corporations. The Media Council’s obviously flouted the relevant rules of the Media Act as well, since the later proffers an unequivocal definition of the concept of political advertising that clearly does not match the Media Council’s ruling.

The Media Council has also loyally served Fidesz’s media policy interests in the radio market. Over the past few years, pro-government oligarchs had a very high success rate in submitting winning applications for radio frequencies: for a while, Lajos Simicska was the constant winner of frequency tenders, and he was later followed by Andy Vajna. The Media Council availed itself of all instruments, lawful and unlawful, to serve Fidesz’s interests to the utmost. The most memorable move in this regard was undoubtedly when it disqualified the opposition station Klubrádió unlawfully from a tender merely because the company’s representative had failed to sign and number the empty back pages in the frequency application.

The Media Council also extends a helping hand in allowing for the completely opaque and non-transparent operations of the public service media system. According to the Media Act, the Council should concern itself with the financial management of the Media Support and Asset Management Fund (abbreviated as MTVA in Hungarian since “[t]he Fund’s support and subsidy policy, business plan and annual report shall be adopted by the Media Council” (Article 136 (10) of Act CLXXXV of 2010).  Despite this legally enshrined obligation, the Media Council has never done anything at all to make the public media operate more transparently: The MTVA spends 93 billion forints annually (that was the budget plan for 2019) without any independent review of the institution’s financial management. We have known that to be the case for some time now, of course, but European institutions can still be misled by the fact that a European-style public media and a European-type media authority exist here in Hungary.

We could go on at length with illustrative examples which highlight how the members of the Media Council have personally approved actions that have led to the deconstruction of the Hungarian media system and how they have remained silent when they should have been legitimately expected to speak out. The Media Council remained silent when Fidesz all of a sudden intervened in the media market with the advertising tax. It was also quiet when Hungary became home to the European Union’s most concentrated media market with the creation of the Central European Press and Media Foundation (abbreviated as KESMA in Hungarian).

With a hindsight of nine years, we now know that no positive changes can be expected in the operations of the Media Council. It is very unlikely for anyone nominated by the opposition to join the Media Council within the foreseeable future. The members who were elected in 2010 may end up remaining on the Media Council for life. Even as the Article 7 procedure against Hungary is still pending, along with the debate about the state of the rule of law in Hungary, the government party has shown that it has no respect whatsoever for media freedom and does not believe in the importance of complying with democratic ground rules.

Disclaimer: At the initiative of the Párbeszéd (Dialogue) party, Ágnes Urbán, a member of Mérték, was nominated to serve on the Media Council as one of the delegates jointly proposed by the opposition 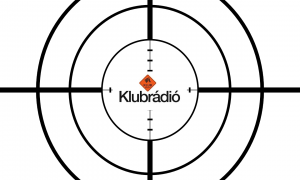 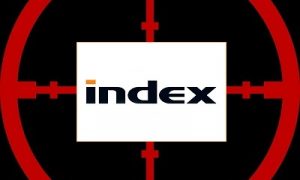 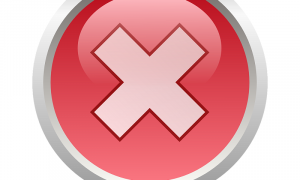